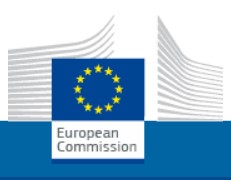 Summary:
Centre Miko Tripalo’s project European Values in a New Member State: Croatia in the First Five Years of EU Membership, will focus on understanding the importance of adopting, respecting, and implementing fundamental European values in a new member state, as well as how national and local actors can act to safeguard their promotion and protection. This interdisciplinary approach to European values is important, not only for the protection of the European Union itself, but in the national context, for strengthening the underlying values of democracy, as well as for turning citizens into actors who can partake in the supervisory role of their political system. This link between citizens and European values is reflected in the project’s focus on two thematic units: citizen’s rights and equality before the law. The objectives of the project are to encourage dialogue about the understanding of European values; to explore the influence of these values on specific segments of public life; and to increase the level of understanding and awareness of the impact of Croatian membership in the EU on the preservation and promotion of fundamental European values in Croatian society. These objectives will be accomplished through the following project events and outputs: Kick-off Meeting, Roundtable Debate Citizen’s Rights and Challenges to Democracy in Croatia, Roundtable Debate Justice, Equality, and Diversity in Croatia, International Conference European Values, Democracy, and Positioning of Croatia in the Future of the EU, Series of four Guest Lectures for Students, as well as a publication with a working title European Values and Croatian Society, a policy paper and on-line content, aimed at academics, policy makers civil society activists and students. This project hopes to change the narrative in Croatia concerning the benefits of the EU membership from the current focus on the amount of financial gains, towards the spread of fundamental values in national contexts.