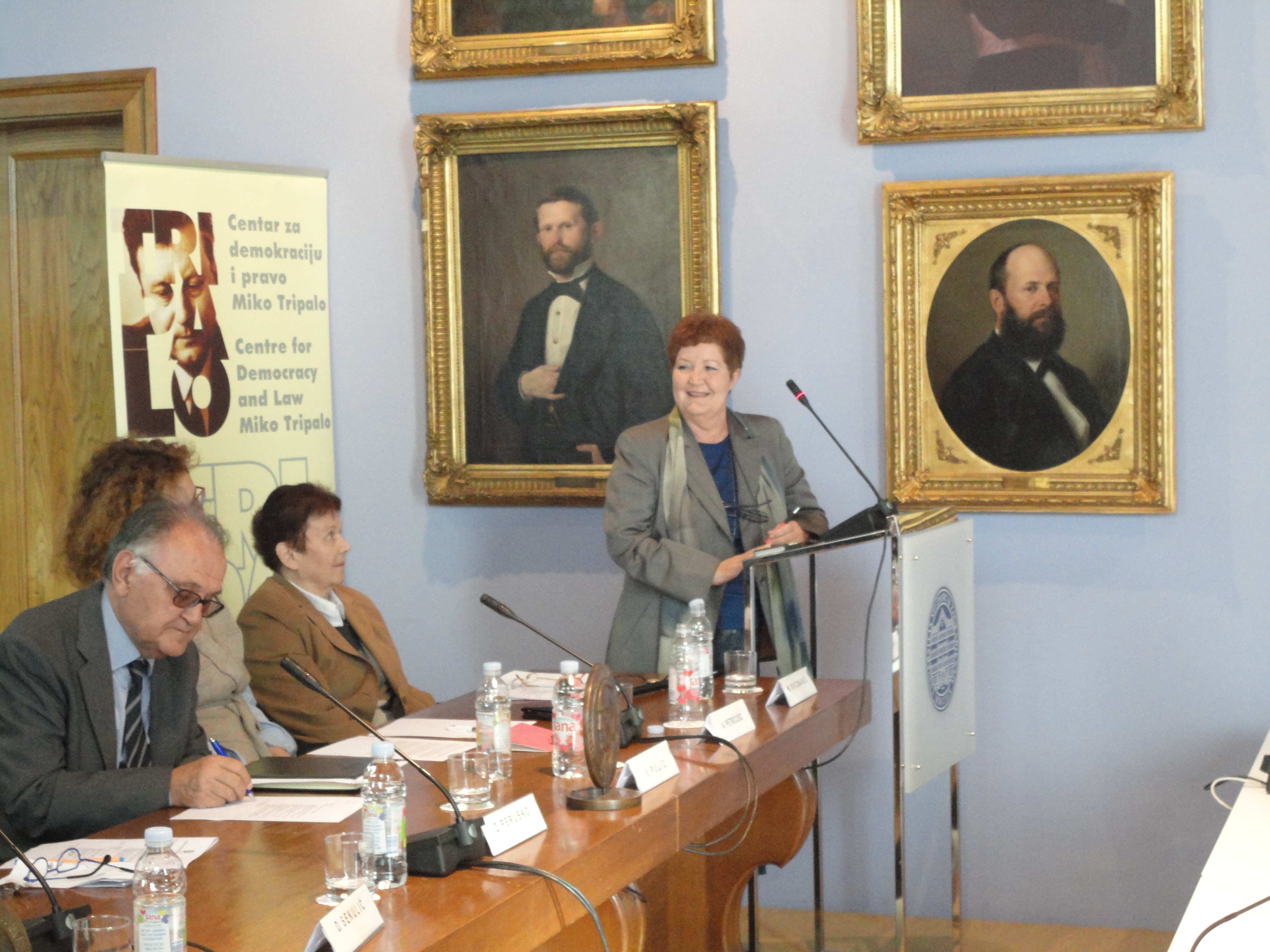 Conclusions of the presentation by prof. Vlasta Ilišin
at the symposium TWENTY-FIVE YEARS OF CROATIAN INDEPENDENCE – WHAT NEXT?

YOUNG PEOPLE FACING A CHALLENGE: HOW TO SUCCEED IN CROATIAN SOCIETY?

Prof. Ilišin’s presentation was focused on youth in Croatia and their perception of the factors important for individual success in contemporary Croatian society and the changes that have taken place in this regard over the last 15 years. The analysis is situated in the broader context of their values and their perceptions of some aspects of the social reality.

Comparison of research data from 1999, 2004 and 2013 confirmed the stability of the value system of young people whose apex is permanently occupied by the value of privacy, individuality and material wellbeing. Unemployment and increasingly bribery and corruption are continuously perceived as the biggest problems of Croatian society. Young people identify experts and intellectuals, young people themselves and politicians and political parties as actors who are able to resolve social problems. Unemployment is permanently perceived as the biggest problem of the younger generation which is often combined with the importance of “connections” rather than skills and expertise, as well as the lack of life perspectives and a low standard of living. Young people believe that the problems of the younger generation can be best addressed by parents, the government and themselves. Such a perception of social processes and relations is reflected in the changes of the vision of personal and social future in such a way that there is a declining sense of optimism and an increase in pessimism, particularly about the future of society.

Indicative changes in the perception of the circumstances important for the success in Croatian society were taking place within the identified value and social framework. In summary, at the end of the 1990s at the top of the scale of factors of success were acquired knowledge and capabilities, professional responsibility and commitment to work and honesty, justice and fair treatment of others. In 2013 on the other hand, the top three factors of success were personal and family ties and acquaintances; cunning, cleverness and “resourcefulness”; and luck and favorable circumstances. It should be added that political affiliation and bribery of influential people (corruption) are the only factors that are growing in importance. The key question is what has contributed to the trend of the declining importance of personal competence, abilities and skills and the increasing importance of nepotism and behaviors that are on the edge of the law, including corruption.

An assumption can be made that the recognized tendencies are caused by the manner in which social institutions, relationships and processes function at present, as well as the crisis that makes many of the necessary resources unavailable and many aspirations unattainable. In this environment of steep competition, networking and cleverness is valued much more than excellence and hard work. It is noticeably pronounced that among young people there is a collapse of trust in society rather than in their own capabilities, suggesting that in their search for an uncertain better future they increasingly rely on individual resources and strategies while continually moving away from meritocratic principles of social promotion.