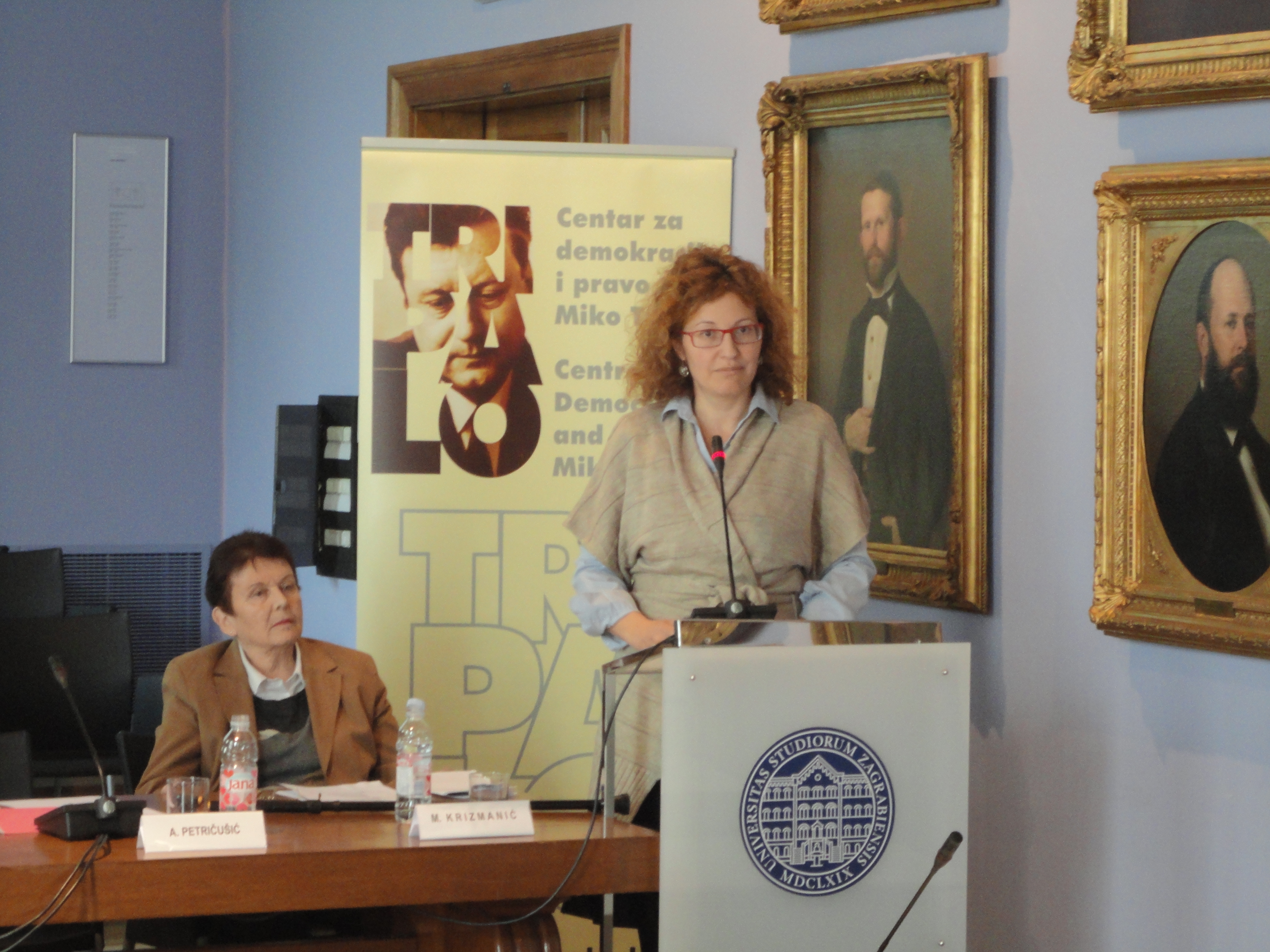 Docent Antonija Petričušić, PhD, Department of Sociology, Faculty Law of the University of Zagreb and additional member of the Advisory Committee of the Framework Convention for the Protection of National Minorities of the Council of Europe

The main objective of minority policy should be the promotion of integration and cohesion in a multi-ethnic society. This text explains why Croatian minority policy produced only partial inclusionary effects and suggests which of its elements need reforming in a way that would result in more substantive inclusion of minorities and the support of the majority for these measures.

Croatian minority policy is based on the principles of cultural autonomy that different nationalities enjoyed in the former Yugoslavia. Today we have the inherited model of education in the languages and scripts of national minorities, which was well established at the time, and was later taken over by independent Croatia. Minority rights legislation in Croatia today, by the scope of rights that it guarantees to members of national minorities, is considered to be one of the more substantive European legislative models of minority integration in the social and political community. However, we must realize that it is mainly the result of exogenous effects – conditionality of the international community and international organizations (firstly due to the recognition of the sovereignty of the Republic of Croatia, and later through the membership of the Council of Europe and the progress in negotiations for membership in the European Union), and not a matter of internal political compromise and the intrinsic desire to regulate inter-ethnic relations between the majority and the numerous constitutionally recognized national minorities. Furthermore, the Croatian minority policy is based primarily on the need to satisfy the requirements of the largest minority community, Serbs, who enjoyed constituent status in the former state, and the loss of this status was used to justify their armed rebellion in the first half of the 1990s. This requirement gives the Serbian community, which is numerically the largest minority, broader political rights in a formal and substantial sense, than other ethnic minorities, and provided its political leaders the impetus for attempted expansion of the scope of minority rights.

Despite the existence of several integration channels that Croatian minority policy provides (minority political participation through elections in Parliament and in local and regional representative and executive bodies, and through the work of national minorities councils; the protection of cultural autonomy through financing of minority organizations that implement cultural events and publishing; and guaranteed use of minority languages and scripts in the educational process and in communication of members of minorities with public administration and the judiciary), the current minority policy does not contribute to the integration of minorities into society. Social distance towards certain minority communities is an important constant, while current minority policy does not contribute to improving the quality of life of members of national minorities in the areas of special state concern or even in the economically disadvantaged areas, despite the fact that it is precisely in these areas that a significant part of the minority population is concentrated.

I recognize five areas where a dysfunction in Croatian minority policy can be seen and which need to be addressed if we are to achieve effective participation of all Croatian citizens in economic, political, social and cultural life, and develop a mutual sense of belonging and commitment to the political community by the majority, as well as the national minorities:

The first is the question of minority clientelism which is produced by institutions of political representation of minorities at various levels of government. The most noticeable is the coalition potential of eight representatives in Parliament elected by members of national minorities in a special constituency. It provided minority parties and representatives in some earlier governments with a series of official posts and privileges. At the same time, minority representatives in Parliament are not generally recognized as advocates for their electorate or even as proponents of legislative proposals or active participants of parliamentary debate.

The problem is also in the financing model of minority associations from the budget for the so-called cultural autonomy where the quantity (ie. the satisfaction of a large number of potential users) prevails over the quality of projects and programs. Because these funds are available exclusively to minority associations, there has been a proliferation of organizations on the minority civil society scene and a kind of an ethno-business. Apart from the fact that it took so long for the system of control of the budget spending to be established, the issue is how justified is it to exclude other civil society organizations from implementing minority projects and thus prevent them from contributing to the social climate of multiculturalism.

The third problem area is the meaning and legitimacy of the councils of national minorities, which was inaugurated by constitutional law. Minorities, despite the absence of such jurisdiction, referred to it as “minority government”. The institution of councils was turned into cheap sinecures of local minority politicians, and its contribution to improving the lives of ethnic minorities, including the coexistence in local communities, is often negligible. Councils are elected in direct elections, but last four consecutive elections pointed to extremely low interest in this new institution. The purposefulness of the councils is questionable also because their jurisdiction collides with the role of representatives of national minorities in local and regional representative bodies.

The fourth area that produces unintended consequences is the question of sustainability of the current model of minority policy. Virtually the same people have existed on the minority scene for the last twenty years and minority elites are generally older. Young members of minority communities are not interested in preserving the specificities of their identities, or cannot find a place for expressing them in existing structures. Additionally, in areas of return, there are few members of the middle or younger generation who would be able to succeed current representatives of local minority elites.

And fifth, but certainly not least, is the constant failure of the national authorities to legitimizes the Croatian minority policy as a legitimate, necessary and fair to the general public. For example, the controversy following the census results relating to the introduction of bilingualism in cities and towns that have been affected by war indicates that minority rights are often perceived as undeserved privileges in the eyes of the majority. Therefore, the sustainability of minority policy requires strengthening inter-ethnic tolerance in a number of other, related policies as well: media, cultural, educational, economic and development.