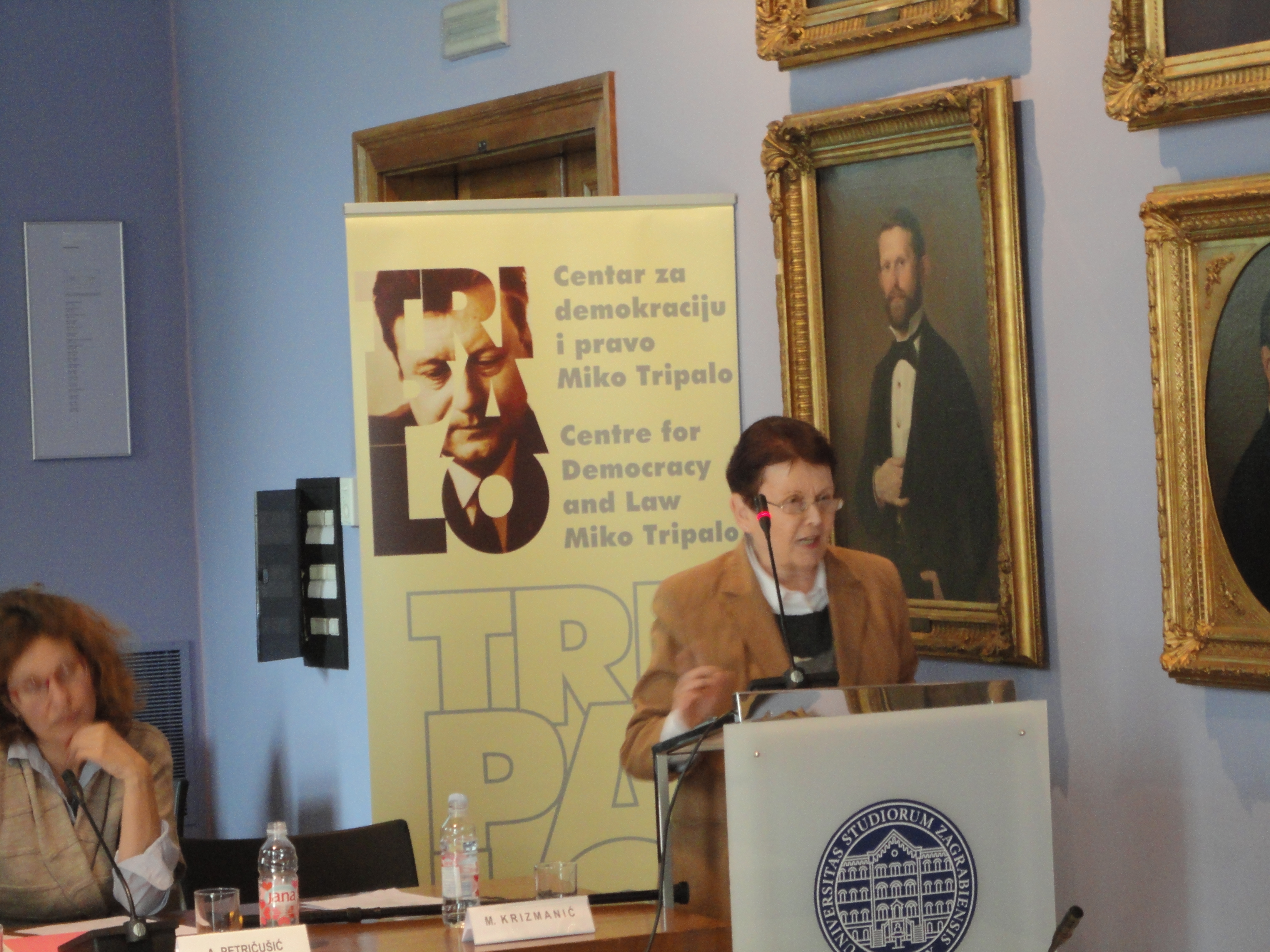 Conclusions of the presentation by prof. Mirjana Krizmanić at the symposium TWENTY-FIVE YEARS OF CROATIAN INDEPENDENCE – WHAT NEXT?

Civil and Polite Behavior – The Neglected Correlate of Tolerance

Tolerance is commonly defined as an attitude that allows differences in daily habits and behaviors, attitudes and worldviews, appearance, origin, social status, education, ethnic or religious affiliation, and many other traits and characteristics. Since tolerance always involves bearing or enduring something, it can be substituted by either of those two words.

The Department of Psychology at the Faculty of Philosophy of the University of Zagreb has put a lot of effort in finding the correlates of tolerance in order to facilitate teaching and acceptance of this concept. Our previous studies have shown that there is no correlation between tolerance and education, nor did we find significant linkage between the understanding of what tolerance is and tolerant behavior. At one point we thought that people who knew more about tolerance would utilize this awareness in their own lives, but unfortunately we have found that people who achieved high scores on tolerance-awareness tests were no more tolerant than those with low scores. These findings are probably due to the fact that for some people tolerance is only an imitation of other people’s behavior, while for others it is an attitude towards someone or something; for the third group it is a value, like honesty and responsibility.

It appears that a person’s tolerance is truly solid and stable only when it is integrated into the value system, which can only be achieved through teaching children early and extensively, primarily in the family context. This means that it is not sufficient to merely explain to the child a few times what tolerant behavior towards others is and how to behave tolerantly in every situation; we need to show them by our own example on different occasions and in various situations, so that the child can firmly adopt the concept of tolerant behavior. This conclusion finally led us to assume that polite behavior, which can be taught just as tolerance, is perhaps the overlooked correlate of tolerance.

Teaching civilized behavior might, however, lead to increased levels of tolerance towards those who are different, though not as a value, but certainly as an attitude which requires that one should be respectful towards everyone. Even though it is important that children and young people grow up to be not only polite but truly tolerant people, teaching the norms of civilized behavior would bring us closer to that goal than the signs on schools that proclaim: “Here there is zero tolerance for violence.”

Finally, we must regretfully add that teaching polite behavior is not included at all in the proposal of civic education which is meant be introduced in primary and secondary schools. There is no doubt that it is important to introduce children and young people to the basics of democracy, but since we already have two or three generations of impolite people, it would be good to pave the way towards greater and more lasting tolerance with lessons on civilized behavior – the forgotten correlate of tolerance.