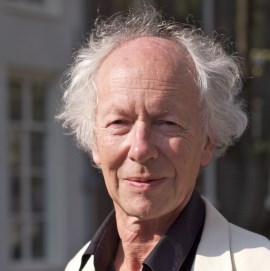 Joost Smiers from Utrecht School of Arts (the Netherlands) had a presentation called Cultural Policy in a So-called Populist Era. He began by asking what kind of possibilities we have today if we want to further develop culture as an important factor of European community. He claimed that many people believe in harmful impact of globalization which is caused by populist rhetorics across Europe. Some say that we need to stop global cooperation and turn to local communities and their cultural development. But the truth is far more complicated. Instead of the term populism, Smiers would give preference to the term right-wing nationalism expression. The problem is, according to Smiers, that identity movements are focused only on one identity and have no understanding of the benefits that mutual help and cooperation would bring them, in terms of intercultural cooperation. He also expressed that right-wing nationalists do not have an idea what kind of arts they promote. Consequently, we have to prepare for an ideological struggle that can lead to economic struggle with great impact on culture. Neoliberals, as such, do not allocate enough money and resources for arts. Do we have any chance to overcome that? In his opinion, it is important to support development of professional artists because, in their domain, they face different kinds of censorship of their work. Also, we have to start the discussion about social networks and the impact they have on young professionals and actors in the area of culture. When it comes to role of cities, he said that every city has the same problem – their position is subordinated to the one of global conglomerats.