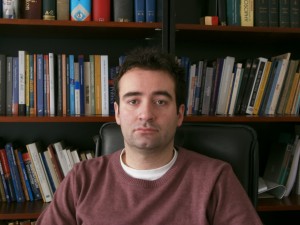 Goran Sunajko, political scientist, associate in the Lexicographic Institute Miroslav Krleza (Zagreb). He holds a B. A. and master’s degree in political science from the University of Zagreb’ s Faculty of Political Science. He is curently writing his doctoral thesis in philosophy at the Faculty of Philosophy in Zagreb. He is a member of the Editorial Board of the Croatian General Encyclopedia, Lexicon of  Philosophy and executive editor of the Lexicon of Economics. Deals with political philosophy, political theory, political institutions and history of political ideas. He published several scientific papers: The main work: Politics and Economics (coauthor, 2010).