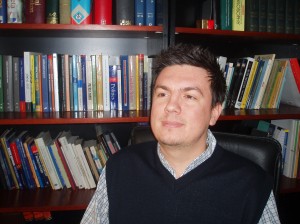 Dario Čepo is an associate at the Miroslav Krleža Lexicographic Institute, where he works as a member of the editorial boards of Croatian General Encyclopedia and the Biographical Lexicon of the Jews. He also worked on the Lexicon of Economics, Lexicon of Philosophy, and Croatian General Lexicon. He holds a B.A. in political science from the University of Zagreb’s Faculty of Political Science, where he obtained a PhD degree in 2010. He teaches Introduction to Political Science at the Public Administration Department of the Faculty of Law. His professional and academic interests are European political integration, and the institutional framework of the European Union. He has published several papers in Croatian scientific journals. He is a coauthor of the textbook Politika i gospodarstvo.