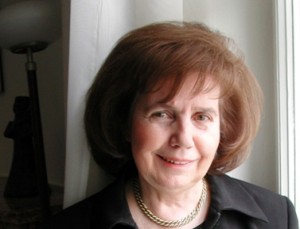 Dr. Biserka Cvjetičanin is Senior Scientific Researcher at the Institute for International Relations (IMO), Zagreb, Croatia, and former Deputy Minister of Culture (2000-2004). Dr. Cvjetičanin holds a Ph.D. in comparative literature from the University of Zagreb (1980). Her research areas include cultural development, cultural policies, cultural diversity and intercultural communication. She led numerous research projects in the area of cultural development and international cultural cooperation. She served as member of the UNESCO Administrative Council of the International Fund for the Promotion of Culture (IFPC), 2004-2008. Dr. Cvjetičanin participated as expert in advisory group of UNESCO World Report on Cultural Diversity (2006-2009) and the Council of Europe’s European programme of national cultural policy reviews. She is the author of numerous books, studies and articles on cultural development and intercultural communication. She is Director of the Network of Networks for Research and Cooperation in Cultural Development – Culturelink, established in 1989 by UNESCO and the Council of Europe. Dr. Cvjetičanin delivers lectures at postgraduate studies at universities and institutes abroad. She is the 1989 winner of the University of Zagreb award for scientific research and was awarded the French Légion d’honneur in 2003.