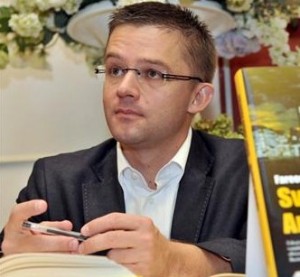 Professor at the Department of History, Faculty of Humanities and Social Sciences, University of Zagreb. He is the author of „Socialism on the American Grain“ /Socijalizam na američkoj pšenici/ (2002), „The American Communist Ally. Croats, Tito’s Yugoslavia and the United States 1945-1955“ /Američki komunistički saveznik; Hrvati, Titova Jugoslavija i Sjedinjene Američke Države 1945-1955/“ (2003), “The Third Side of The Cold War” /Treća strana Hladnog rata/ (2011), “Croatian Spring – 40 years Later” /Hrvatsko proljeće, četrdeset godina poslije” (editor, 2012) and “Moments of Catharsis. Breaking Events in XXth Century” / Trenuci katarze.Prijelomni događaji XX stoljeća/ (2013). Jakovina authored many articles dealing with the foreign policy of Tito’s Yugoslavia and Croatian history in 20th century.
Jakovina is lecturer at the Diplomatic Academy in Zagreb and guest-lecturer at Istituto per l’Europa centro-orientale e balcanica, University of Bologna. Previously, he was visiting fellow at the London School of Economics. He taught at the University of Split and is currently teaching several courses in different Ph.D. programs at the University of Zagreb (departments of History, Ethnology and Cultural Anthropology and at the Faculty of Political Sciences). Jakovina has given lectures at different universities in Poland, Finland, Slovakia, France, the United Kingdom, Switzerland, USA etc.
In 2010 Jakovina became member of the Council for Foreign Policy and International Relations of the Croatian President Ivo Josipović. He is vice-president of the Croatian Fulbright Alumini Association, member of the Board of the Croatian-American Association and Management Board vice-prsident of Center for Democracy and Law “Miko Tripalo” and member of several editorial boards. He regularly contributes for daily newspaper Jutarnji list and occasionally for weekly Globus in Zagreb. Since 2013 he is anchor of Croatian Television show Treća povijest/”Third History”.
Tvrtko Jakovina studied at several universities in the United States (University of Kansas, he was Fulbright Visiting Researcher at the Georgetown University). He obtained MA in American Studies at the Katholieke Universiteit Leuven, Belgium and Ph.D. from the University of Zagreb (in 2002).