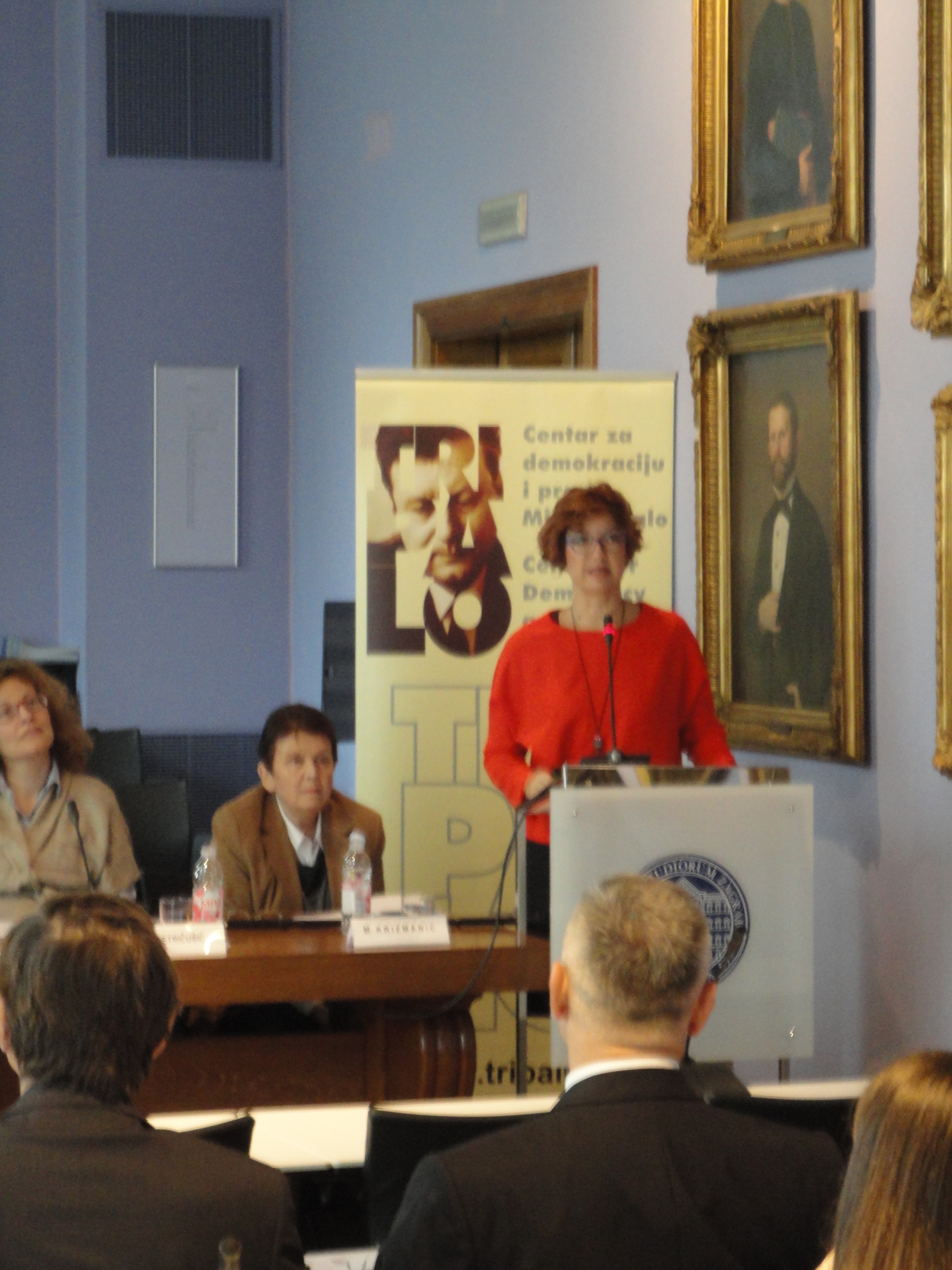 Conclusions of the presentation by docent Marijana Grbeša and professor Berto Šalaj at the symposium TWENTY-FIVE YEARS OF CROATIAN INDEPENDENCE – WHAT NEXT?

The Faces of Populism in Croatia

Populism is a term widely present in the Croatian public discourse; however, in scientific discourse this relevant and current phenomenon is almost completely ignored. Berto Šalaj and Marijana Grbeša in the first two empirical studies on the faces of populism in Croatia respond to the question whether or not there is populism in Croatia and try to define the different types of identified populism. They conceptualize populism on two levels – as a “weak” political ideology and as a political communication style. The authors advocate for the conceptualization of populism as political meta-ideology characterized by the simultaneous presence of two defining characteristics: a positive valuation of the nation and diffuse political anti-elitism. Unlike populism as an ideology, populism as a style in itself does not contain anti-elitism. The populist style, which is marked by communication techniques which politicians use to try to get closer to or ‘curry favor’ with the people, is always present in the communication of true populists, but is also often a part of the communication strategies of mainstream politicians. However, mainstream politicians, unlike true populists, never question the pluralist understanding of politics and do not engage in diffuse criticism of political elites.

Analysis of interviews of eleven Croatian politicians which were published in the period between two local elections (2009 and 2013) and analysis of interviews of four candidates in the presidential elections 2014/2015 revealed to the authors several important results. Firstly, there is populism in Croatia both in terms of ideology and in terms of political style; secondly, in terms of ideology, it is possible to distinguish between ‘strong’ and ‘weak’ populists. Thirdly, some mainstream politicians tend to resort to populist style, especially during election campaigns; finally, the categories developed in the framework of these two studies enabled the identification of several different types of populism such as ‘moralizing populism’ (Ivan Grubišić), ‘left populism’ (Dragutin Lesar, Ivan Vilibor Sinčić) and ‘national-populism’ (Milan Kujundžić). The analyzed interviews did not reveal a presence of right-wing populism, which is interesting in light of the political developments in Europe in recent years, as well as events from contemporary Croatian political history that have left consequences on the treatment of minorities.