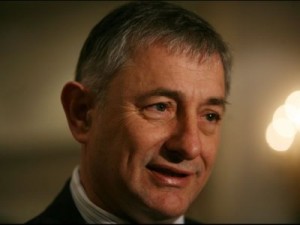 Tenured professor of sociology and sociology of law at the Faculty of Law, University of Zagreb. He was visiting professor at the University of Graz in 1992 and Yale University in the United States. President of Croatian Transparency International (1998-2002), Chairman of the Management Board of Open Society Institute – Croatia and Center for Democracy and Law Miko Tripalo. Prepared the National Programme for Combating Corruption in 2001 and 2007 for the Government and authored the draft law on preventing conflict of interest, freedom of information law and reform proposal for the law on political parties. He researches issues of local government, corruption, conflict of interest and human rights. Main works: Korupcija u  pravosuđu i državnoj upravi u Republici  Hrvatskoj /Corruption in Judiciary and Public Administration in Croatia/ (part of collection of papers, 2003), Debating Open Government, Why? Who? How? in Open Government: Fostering Dialogue with Civil Society (2003), Država i političke stranke /The State and Political Parties/ (2004), Financiranje političkih stranaka i izbornih kampanja /Political Party and Election Campaign Financing/ (2004), Korupcija i povjerenje /Corruption and Trust/ (co-author, 2010).