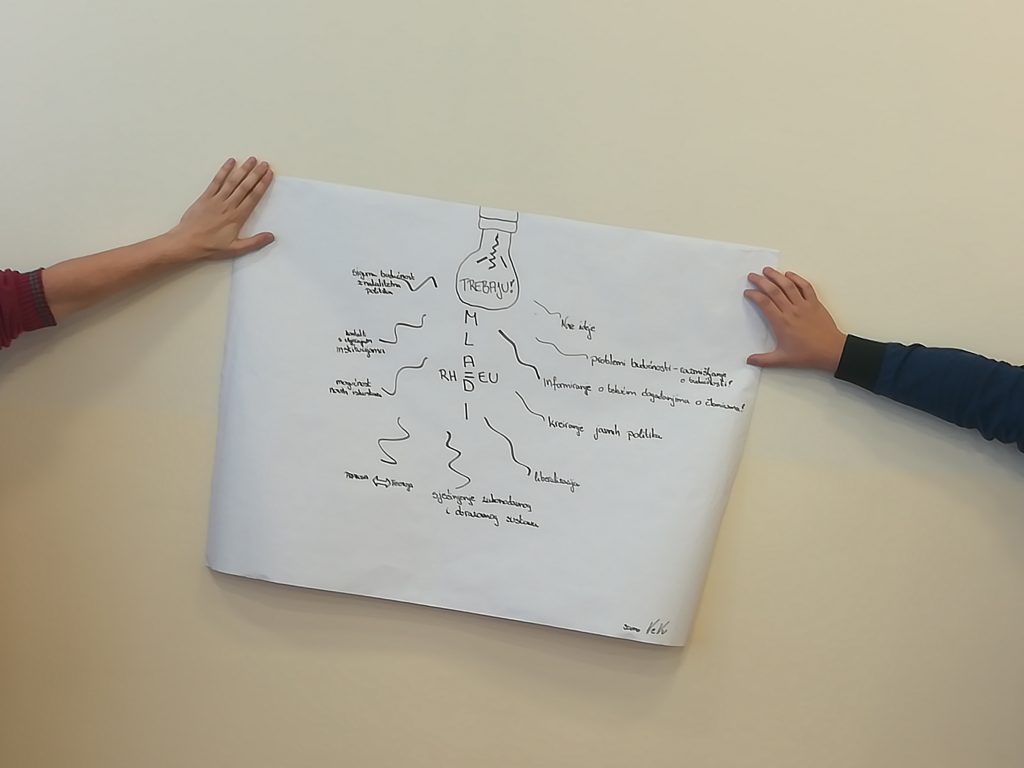 On Friday, 7 December 2018, Centre for Democracy and Law Miko Tripalo organized a Destination EU: The Future of Youth in Croatia project workshop in Vukovar. The workshop was aimed at youth and the goal was to discuss and explore the causes that affect the level of knowledge among young people about the European Union and their rights as citizens of Europe. The workshop was attended by 36 participants, 28 of which were young people.

At the beginning of the workshop Dario Čepo, project manager, summarized the goals of the project and workshop objectives to the participants. Afterwards, he held a presentation on the topic of EU membership and the role of youth in Croatia as an introduction to the workshop. The participants were divided into five groups and each group got one question for discussion (Should young people participate in politics and why?) After the discussion within groups, one representative from each group briefly presented the reflections and conclusions of thier group.

During the second part of the workshop Mateja Čehulić, assistant from Faculty of Law at the University of Zagreb, gave a presentation on values in Croatia after joining the European Union and about the perception of European values among young people in Croatia. Each group was then given a new question (What are the positive and negative aspects of the European Union?) Participants once again discussed about the issue within each group. Same as before, one member presented a summary of the discussion. At the end of the workshop, all participants were given a questionnaire where they were asked to write how they see their future in Croatia and the European Union.