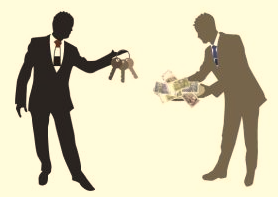 The new law would change the election procedure for the President and members of the Commission for preventing conflicts of interest by increasing the number of candidates on whom the Parliament will vote. Although the votes from the majority of members of Parliament will be required for being elected, the proposal does not provide for the second round of voting. Instead, the whole procedure must be repeated, and the Parliament will never vote on only two candidates. In this way, even in a secret ballot, only candidates who have the support of the ruling majority can be elected.

On a positive note, the Proposal introduces the obligation for officials to declare a potential conflict of interest when it arises during their term in the office.  However, the proposed formulation is not clear enough as it says that this declaration should be made “in an appropriate way” without defining this term.

Also on the positive note is the provision that an official should be exempted from participating in decisions that affect his business interest and the interests of his relatives, but also when they affect the business interests of his employers in the last two years before assuming the position. This restriction should however be extended to business entities with which the official or his relatives had significant business relations in this period.

A positive aspect of the proposal is the introduction of an annual obligation to submit a declaration on property and income. However, for the sake of completeness, information on transfers and gifts for the benefit of other persons made in the last ten years should also be provided. Information should also be provided on the conversion of agricultural land to construction sites owned by the official.

The biggest weakness of the proposed law is that it does not link the principles of Articles 2 and 5 of the existing law (now becoming Articles 2 and 6) with possible sanctions. The purpose of keeping them is therefore not clear. In the explanatory notes for the new law, the Government does not say whether it intends to adopt a code of conduct or a code of ethics for senior officials at the national level and for members of Parliament, which could then ensure the implementation of these principles beyond what is operationalized in this law. At the same time, the bill stipulates that such codes of conduct should be adopted at the local level.

You can read the entire document here: