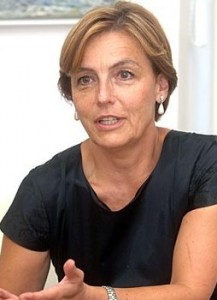 Tenured professor of sociology and sociology of politics at the Faculty of Philosophy, University of Zagreb. One of the founders of the Croatian People’s Party (HNS); since 1997 president of the HNS Council and member of the HNS Presidency. Member of Parliament since 2000. In April 2000 elected president of HNS. Since the 2003 elections, vice-president of Parliament, president of the National Committee for Monitoring Negotiations for Croatian Accession to the European Union and president of the HNS Parliamentary Club. Vice-President of the European Liberal Democratic and Reformist Party in her third mandate (elected in 2006, 2008 and 2010). Main works: European Industrial Relations (co-author, 1981), ), Industrijska demokracija i civilno društvo /Industrial Democracy and Civil Society/ (1986), Vladaoci i upravljači /Rulers and Governors/ (1992), Demokracije i diktature /Democracies and Dictatorships/ (1998).