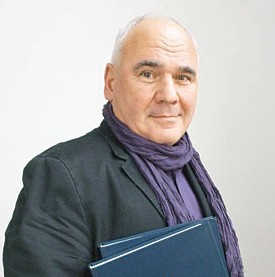 Literary critic and lexicographer. Since 1976 he has worked in the Miroslav Krleža Lexicographic Institute. Editor-in-chief of Krležijana (1993–99) and since 2002 Hrvatska književna enciklopedija /Croatian Literary Encyclopedia/. He lectured at the faculties of philosophy at the University of Zagreb and Rijeka, and the Faculty of Political Sciences in Zagreb. He edited magazines Off (1978) and Republika /Republic / (1985-2002), editor-in-chief of Sarajevske sveske /Sarajevo Notebooks/ (from 2002) and Književna republika /Literary Republic/ (since 2003). President of Croatian Writers’ Society (since 2002). On two occasions he was vice president of the Croatian PEN Centre. He edited numerous books by Croatian writers (I. Andrić, M. Krleža, I. Aralica, S. Kolar and others), he is permanently occupied by Krleža’s opus and crucial moments of his political biography (Krležološki fragmenti, 2001; Sukob na ljevici, 2001). Writes commentaries, essays and critics about authors, books and literary phenomena related to the new Croatian prose (Mlada proza /Young Fiction/, 1983; Pozicija kritičara /Point of View of the Critic/, 1988; Umijeće pripovijedanja /Art of Storytelling/, 2000; U sjeni FAK-a /In the Shadow of FAK/, 2006).